Stability of Multifamily Amid the Turmoil 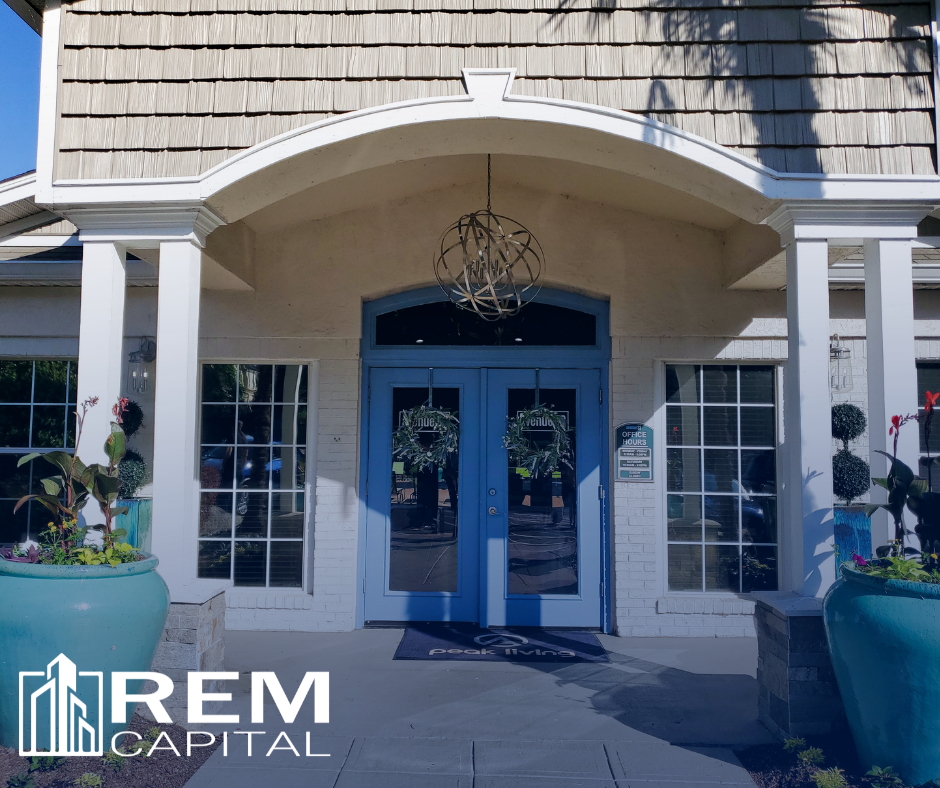 I hope you had a good weekend and are prepped for a busy pre-holiday week this week.  Next Monday is one of my favorite holidays because (I think) it is one of the most meaningful holidays we have.  Memorial Day was originally known as “Decoration Day,” and it originated in the years following the Civil War as a time for people to decorate the graves of those who had fallen during that painful war.  After being celebrated for over 100 years, it was made an official holiday in 1971.

In between now and Memorial Day we have a lot going on at REM this week.  We’re getting ready to close on our construction loan for our San Antonio development deal – I just received the final loan docs!  The dirt is already moving onsite as we prepare to get this project under way shortly.  I’m also flying to San Antonio this morning for a two-day trip to visit a new value-add acquisition that we’re about to sign up with some really nice upside.  I’ll also be spending a good chunk of my time touring comps for both the value-add deal as well as our new development.  I also just approved and wired funds for our lender term sheet on the Atlanta, GA deal that we’re under contract on.  The offering memorandum is just about ready, and we’ll plan to have that prepped to go next week.  Exciting times.  You may be thinking – aren’t you scared of investing during this uncertain time period?  Yes and no – my thoughts are below…

NO STOCK ADVICE GIVEN HERE!

But before we dig into that – I’d like to make a clarification from last week.  I was gently corrected by some of my caring fans for offering some unintended stock market advice last week – something I am clearly forbidden to do by the SEC. In my analysis of the market situation I had suggested folks hang on to their stocks because it was too late to sell.  The fact is that it took nearly 15 years from the onset of the last downturn for the major indices to recover, so practically that’s probably not the best advice regardless.  I’m not here to advise selling or buying stocks.  I AM here to hopefully make the case that investing in multifamily with an experienced sponsor is a GREAT place to be right now!  As I mentioned last week – I love real estate, and particularly multifamily, because of its stability.

THE CASE FOR INVESTING DURING UNCERTAINTY

We’re in a market situation where many participants are choosing to sit on the side lines and wait to see what happens.  They’re fearful – of inflation, of rising rents, of wars around the world, of rising interest rates.  Nothing wrong with that – makes logical sense.  But what if the next 6-12 months offer a rare window of opportunity where the pendulum swings back in our favor for an opportunity to purchase a few assets at a price point that is actually decent?  With the majority of the supply chain constrained inflation drivers slowly going away and the overall economy cooling due to rising interest rates and plummeting stock market prices, I think we’re in a perfect spot to leverage some healthy fear in the market.

That being said, fear can bring two things – fight or flight.  Risk comes from not knowing what you’re doing, but confidence comes from having a plan and sticking to it.  Our plan, as we’ve said from day one, has been “the right deal, the right people”.  As we continue to find those two, we will continue to execute on our business plan.  Fundamentally, occupancy continues to remain strong and while we may see some headwinds for luxury Class-A product in the short term due to some areas of the country seeing large supply influxes, I think we’ll also see a continued growth in wages now that the “cat is out of the bag” so to speak on wage growth.

Just to give you a prime example, the Atlanta market has seen improved occupancy and continued growth in rental rates.  Granted, the rental rate growth has slowed (it was completely unsustainable anyway) but it’s still strong and growing.  Remember that jobs drive multifamily and Atlanta is seeing huge job gains from expansions by Google, Apple, Microsoft, Visa, Airbnb, Amazon, Freshly, Hello Fresh, and Home Depot.  These are not short-term phenomena – they are years long projects that underlie the strong fundamentals of this market.  The well-educated workforce in Atlanta also creates dozens of business incubators that support high-tech jobs and small business job creation – a key driver for growing cities like Atlanta.  In our Audubon Crest property in Oakwood, GA, folks are pre-leasing our renovated units before they’re even ready at a $450/month rent bump.  Those are some strong numbers.

As we continue to look for deals, we apply the same time-tested principals that we’ve always used – stress testing our deals to 70/75% occupancy, stress testing interest rates going up 200bps and cap rates expanding, stress testing longer refinance periods, stress testing a change in CAPEX plans to focus more on capital preservation – all of these things go into each deal regardless of the market fundamentals.  If a deal can pass all of those measures, we’re “IN” because we believe in the long-term fundamentals of multifamily.

Thanks for reading.  Have a great week!