The End of an Unconstitutional Era 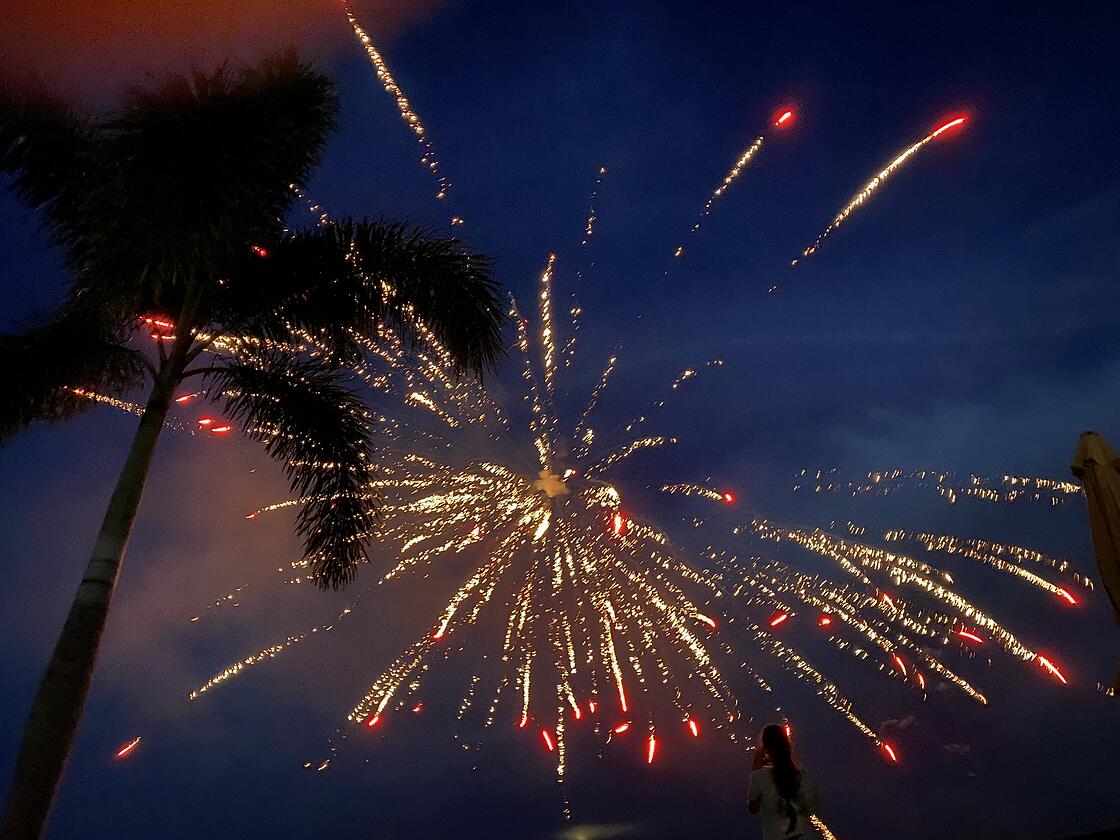 Our 4th of July Fireworks Show!

Happy Tuesday evening!  I trust you had an enjoyable long Independence Day weekend.  We set off some pretty cool fireworks and succeeded in keeping all our fingers intact!  And at the moment here in Tampa we’re settling in for a wind and rain beating as the tropical storm passes over us this evening.  Nothing like a good start to the hurricane season.  I’m supposed to be on a plane to Charlotte tomorrow, so fingers crossed.  So far so good.  Airports are re-opening at 10a and my flight is scheduled to depart at noon.

We’re completing due diligence on our upcoming Houston asset this Thursday and Friday.  Four teams and two days!  We are ready to knock it out.  Super thankful that a couple folks from our Dallas team can join us.  Also really excited that we’ve got our onsite community director picked out – and let me tell you, she is ready to roll!  I love having such hard working, motivated, and loyal folks on the team.  I’ll have more updates next week once we’ve completed our “digging”.

We’re in best and final on one of the deals in Nashville.  No telling where it lands but you gotta keep thinking positive in this market!  Absolutely gorgeous property that needs a long-term caring owner like us to bring it to the next level.  Also received an accepted LOI on a deal in Charlotte (thus my trip tomorrow) – more on that next week!  No word on the Bradenton deal yet.

Treasuries fell again after decent economic data over the past week.  This was surprising given that we assumed it would boost yields and drive rates up.  It’s also surprising given that the Fed is beginning to hint at an end to the easy money cycle.  In the meantime, we’re busy preparing for a few supplemental loans to lock in these amazing low rates.

And now to the title of this email – the END OF AN UNCONSTITUTIONAL ERA.  As you have probably read, the Supreme Court recently said the CDC eviction moratorium was unconstitutional.  While we appreciate the verification of what we all knew, it’s painful that we’re just about a year into this mess with millions and millions of lives (both residents and owners) severely damaged.  That being said, it’s in the rearview mirror and the court, thankfully, agreed that at the end of July, this “party” is over regardless of what the CDC decides. I think our team did a good job of focusing on advance notices for non-renewal and holdover notices.  These two, in combination, gave us the legal standing in court to recapture some of our units from non-paying residents and offer them to paying residents.  Many of our properties have a waiting list with approved applicants just waiting for an available unit.

Now that the end of this era is near, we’ve begun to prepare for the final wave of evictions to clear out the deadbeats and get back to normal.  Sad that it will take one final whack at our cash flow but thankful we’re near the end here.  Interesting times for sure.  On the flip side, I’m very thankful that we’re seeing record rental rates, record occupancy, and record hiring/employment.  These are the drivers for multifamily and they are all extremely strong.