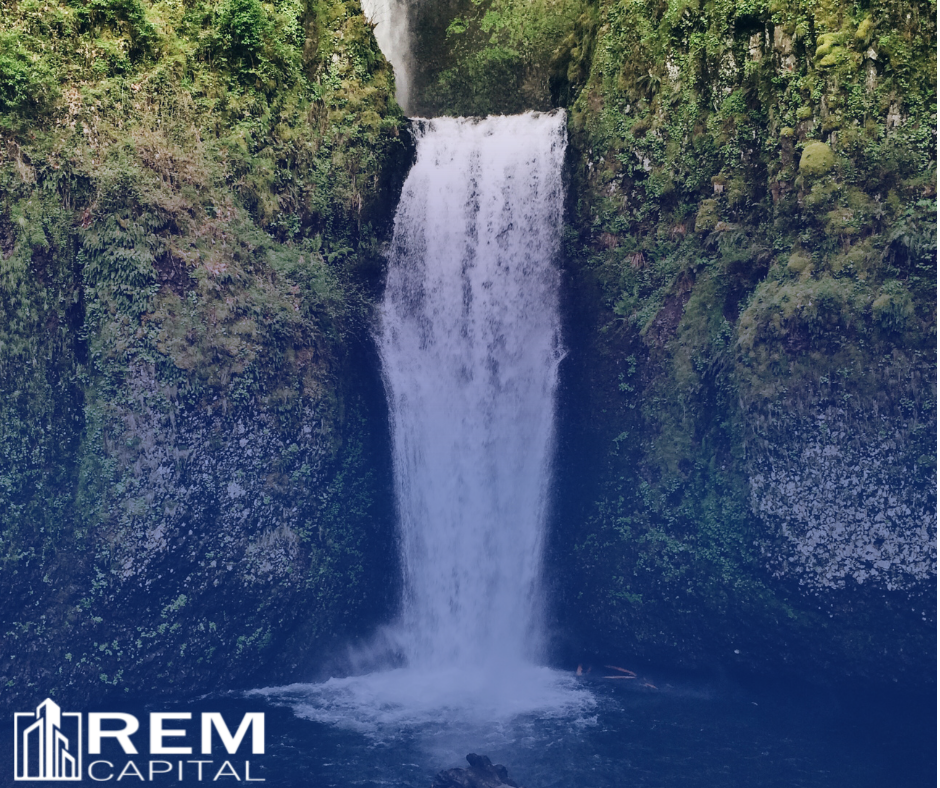 As promised, I took a 5 minute break after another busy week closing our Jacksonville, NC deals.  Very excited to get those deals under our belt.  We’ve officially crossed the $300AUM mark with over 3,400 units under management.  Feeling very blessed.

There were a couple things I thought would be interesting to tackle today: First, what makes multifamily such a great hedge against inflation in times like these, and two, why we have a simple waterfall structure

But before we dig in, here’s a short closing video we put together for the Jax deal…

WHY IS MULTIFAMILY SUCH A GREAT HEDGE AGAINST INFLATION?

I’ve got another one of those economic charts for you.  It takes a minute to understand but here’s the gist.  Of all the real estate investment classes, multifamily has held its value the best in relation to the value of the dollar.

If you notice, we took quite a dip, along with retail, during the pandemic, but we’re roaring back.  Office and industrial have had a very solid run since the end of the Great Recession.  Some would argue that industrial will continue that trend with the continued increase in e-commerce.  Conversely, I think office has probably hit a high and will decline.

But our focus here is multifamily.  And as you think about where to invest, I think it’s important to consider the effects of inflation on your investment.  Multifamily is a hard asset (hard assets usually carry value better than financial assets during inflation). And, multifamily is a cash flowing hard asset (meaning the profit that is generated from the investment is essentially indexed for inflation).  As inflation goes up, so do our rents (generally).  It might not be bitcoin or Tesla, but it’s got some staying power.

WHY DON’T WE HAVE A COMPLICATED WATERFALL?

Are we talking about Niagara or Victoria?  If that’s you, here’s a short primer. A waterfall is a fancy term to describe the relationship between what the sponsor partners get paid versus what the equity partners get paid.  There are performance hurdles called ‘waterfalls’ that ensure, or should ensure, that the equity partners only get paid if the sponsor partner performs.  Waterfall structures come in all shapes and sizes.  There are different share classes, different preferred return rates, different splits, you name it.  In my opinion, the more complicated they are, the more you need to read the fine print.

THE SMALL THINGS ADD UP

First, I believe in simplicity across the board. It helps keep me (and the team) focused on the things that matter, and I think at the end of the day allows us to spend more brain power on making money and less time counting it. I know it’s only a small item but I’ve learned over the years that small things add up.

Second, it sets a high bar for finding good deals. We can always adjust the split to do a less profitable deal, but I would rather set the bar high and therein give ourselves more fudge factor. A deal that pencils 17% IRR with a 50/50 split is immensely better than a deal that pencils 17% IRR with a 70/30 split. At some point, we may have to start giving up our split to make the deals work (who knows where we’re headed with cap rates), but for the time being, we’re pretty dead set on finding those great deals that have a lot of fudge factor.

Last, I want my team to be highly incentivized and highly capitalized. Living off fees and having a minimal net worth and minimal liquidity is not a good way to run a real estate investment business. How we structure our deals is also a reflection of how we value our time.  If you’re serious about this business, you need lots of capital.  I want our investment partners to know we’ve got these deals covered.